Did iron fertilization increase biogenic sediment accumulation in the subantarctic across the Mid-Pleistocene Transition? 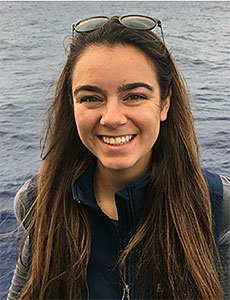 The Mid-Pleistocene Transition (MPT) is an enigmatic interval in Earth’s history, when internal feedbacks acted in concert to extend the length of glacial-interglacial cycles and store atmospheric CO2 in the deep ocean. Sediments from the Subantarctic Zone (SAZ) of the Southern Ocean show enhanced biogenic sediment accumulation during the MPT, however, multiple hypotheses exist to explain the cause. One hypothesis calls for a relative increase in nutrient consumption with a more efficient biological pump due to the relief of iron limitation, the other invokes northward migration of Southern Ocean frontal systems increasing nutrient supply. The balance between nutrient supply and consumption within the Southern Ocean should be reflected in nitrogen (N) isotopes, but no records currently exist from the SAZ during the MPT. If funded, I will measure foraminifera bound N isotopes across the MPT from ODP Site 1090, within the SAZ, to fill this data gap and assess the validity of two competing hypotheses.

I have been fortunate enough to spend my life near the ocean. I grew up in San Diego, frequenting the Scripps Aquarium and watching coastal bluffs collapse into the waves. However, it was not until my undergraduate education that I became enamored with geology and paleoceanography. Now, at the University of Rhode Island working with Rebecca Robinson, I get to further develop my passions, researching the interactions between biology, geology, and chemistry in past periods of climate change. Our planet stabilizes itself through a series of interconnected biogeochemical feedbacks but many of these feedbacks are poorly understood—or even unknown. My research aims to resolve which feedbacks operated in past climate transitions with the goal of better understanding what may happen in the future. To do this, I look for plankton in deep-sea sediments and measure the chemistry of their shells to reconstruct past climate, nutrient cycles, and even ocean currents. I spend a lot of time in front of a microscope identifying and picking plankton with a tiny paintbrush. Once I have isolated my plankton by species, I clean, grind, and dissolve them before measuring the nitrogen isotopic composition of their shells.