USSSP sponsors yearly seagoing Earth systems research and education workshops—the “School of Rock”—aboard the JOIDES Resolution during transits and tie-ups. During times when the ship is unavailable, the School of Rock is conducted at the Gulf Coast Repository, located at Texas A&M University in College Station, Texas, or other institutions. Over 150 formal and informal educators have participated in the School of Rock program since it was initiated in 2005.

During the 7-14 day School of Rock workshop, educators have daily opportunities to conduct geological, physical and/or chemical analyses of sediment and hard-rock cores in laboratories on the ship or at the repository. Scientists who specialize in IODP research instruct participants on topics such as seafloor spreading, mid-ocean ridges, composition and structure of the oceanic crust, paleomagnetism, paleoceanography, biostratigraphy, sedimentology, hydrogeology, and methods for sampling the subseafloor environment. The workshop also provides educators with time to brainstorm and begin planning classroom activities based on their research and newly acquired knowledge.

Announcing the 2019 School of Rock!

SHOW ME THE EVIDENCE: GULF OF CALIFORNIA GEOLOGY AND THE SCIENTIFIC OCEAN DRILLING PROGRAM

Deadline to apply: May 15 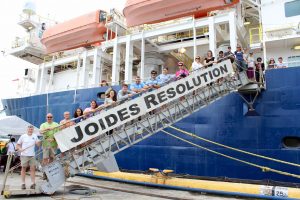 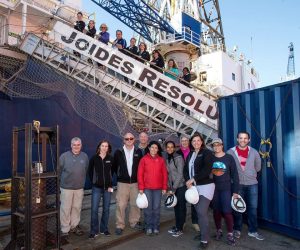 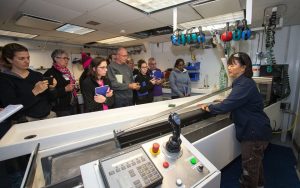