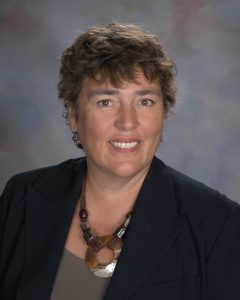 Plate tectonics have a strong influence on large scale oceanic circulation, creating basins and altering flow through time. Despite plate tectonics operating on a very different scale from climate, it is becoming increasingly clear that small and incremental tectonic change can have a major influence on climate. Before the uplift of the Maritime Continent, the Indonesian Throughflow allowed for waters to move easily from the tropical Pacific to the Indian Ocean. Drilling on the northwest margin of Australia (IODP Expedition 356) allowed us to document the timing and impact of restriction of the Indonesian Throughflow in the middle Pliocene.

Analysis of Expedition 356 slope and shelf sediments indicates northwest Australia was humid in the early Pliocene. The progressive restriction of the Indonesian Throughflow greatly impacted Australian climate, depriving much of the continent of the abundant humidity available earlier. This shift to a climate similar to the modern began in the mid Pliocene (~3.5 Ma). By ~2.4 Ma, dust records indicate northwest Australia had an arid climate with strong seasonal rains. The restriction also influenced Indian Ocean circulation, with significant changes in the surface and deep waters. Regional changes in the northeast Indian Ocean are coincident with east African climatic shifts and so the restriction may, in turn, have influenced human evolution, as predicted by earlier modeling studies.

Dr. Christensen is Professor and Chair of the Rowan University Department of Environmental Science. She received her PhD, which focused on Leg 150 sediments, from University of South Carolina. Beth has worked on deep sea sediments ever since, sailing on a total of 4 expeditions (Leg 150, 166, 175 and 356).