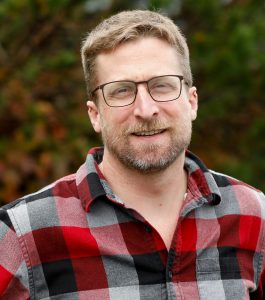 For over 50 years, the International Ocean Discovery Program (IODP) and its predecessor programs have recovered and archived long sedimentary records of Earth’s climate and geomagnetic histories for international scientific study. In today’s program, state of the art shipboard laboratories allow for the rapid collection of non-destructive data that provide initial characterization of sediment lithologic variations and paleomagnetic history within hours of sediment core recovery. Scientific ocean drilling records have revealed several significant shifts in Earth’s climate state over the last 3.5 million years, including the initiation of expanded bipolar glaciation and changes in the amplitude and frequency of global ice volume variations. Over this time, it is long accepted that the rhythms of ice age cycles are set by periodic variations in Earth’s orbit. Magnetostratigraphy, which used geomagnetic variability driven by convection in the Earth’s liquid outer core as a stratigraphic tool, has been central to the study of the timing and pacing of Earth’s climate events since its earliest application, as the paleomagnetic record allows for stratigraphic comparison independent of climate signals and can often be integrated with radiometric age constraints.

In 2019, IODP drilled Antarctic proximal sediments in the Scotia Sea’s “Iceberg Alley” during Expedition 382, recovering an expanded sedimentary sequence from a region influenced by Antarctic Ice Sheet history and Southern Ocean dynamics. Data collected during the expedition revealed that these sediments contain an exceptional record of geomagnetic polarity and a strong imprint of orbital forcing in their lithologic variations. With near continuous recovery for the last 3.5 million years and an independent magnetostratigraphic chronology, Iceberg Alley sediments provide an opportunity to study how the rhythms of a record sensitive to Antarctic climate, but lacking biogenic calcite, compare with the iconic benthic δ18O record—a convolved signal of globally integrated ice volume and deep-sea temperature. In the context of previous magnetostratigraphic contributions from scientific ocean drilling towards understanding the orbital forcing of climate, I will highlight these new Iceberg Alley records and discuss how their rhythms are both similar and different to the rhythms of ice age cycles defined by benthic δ18O. These observations set the stage for the detailed Iceberg Alley sediment paleoceanographic and ice sheet history studies in the coming years and provide insight to the orbital forcing and evolution of the Antarctic Ice Sheet since the late Pliocene.

Brendan is a Postdoctoral Researcher at the Scripps Institution of Oceanography in San Diego and the Co-Chief scientist of the Cascadia H.O.P.S. expedition. He has worked globally on the stratigraphy, paleomagnetism, and chronology of sediment cores from offshore Antarctica to Northern Greenland.  In 2017, he joined Maureen Walczak and others to collect sediment cores from the RV Oceanus and multi-channel seismic data from the RV Revelle to identify locations that could provide long millions of years records of environmental, oceanographic, ice sheet, tectonic, and geomagnetic change in the Pacific Northwest with future scientific drilling.