University of Texas, Institute of Geophysics

The Chicxulub impact and the resilience of life 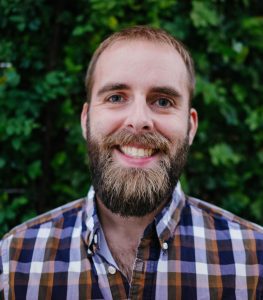 Although modern rates of biodiversity loss do not (yet) equal those of the Big Five mass extinctions, we are undeniably living through a significant extinction event. An important question, then, is how long the biosphere will take to recover once negative anthropogenic pressures are finally stopped. The Cretaceous-Paleogene (K-Pg) mass extinction, caused by the impact of an asteroid on the Yucatán platform in the southern Gulf of Mexico, was probably the only major event in Earth history to happen faster than modern climate change. This impact resulted in the extinction of 75% of species on Earth over a period of, at most, a couple of years. The recovery from this rapid event can be considered an analog for how the biosphere recovers from geologically rapid mass extinctions (including the present one). Once the environmental effects of the impact subsided, life began to recover quickly. Recent drilling in the Chicxulub Crater during IODP Exp. 364 has shown that, even at ground zero, life appeared within a few years, and a healthy high productivity ecosystem was established within 30,000 years. However, the recovery of marine primary productivity (the base of the ocean food chain) was variable across the oceans, with some areas taking much longer to recover than others. On a global scale, even after productivity had returned to normal, species diversity took ~ 10 million years to return to roughly Cretaceous levels. This talk will summarize results from recent IODP drilling in the Chicxulub Crater in the context of the larger contribution of DSDP/ODP/IODP to studies of the K-Pg boundary, focusing on the recovery of life after the extinction and what that means for the recovery of the modern biosphere after the Anthropocene.

Chris Lowery is a Research Associate at the University of Texas Institute for Geophysics. He is a foraminiferal micropaleontologist primarily interested in how marine life records and responds to changes in its environment. He is particularly interested in the end Cretaceous mass extinctions and Cretaceous Oceanic Anoxic Events. Chris earned his Masters and PhD at the University of Massachusetts, Amherst, where he worked with Mark Leckie on OAEs in the US Western Interior Sea and Miocene sea level change with cores from ODP Leg 194 on the Marion Plateau. He got his BS from the University of Mary Washington in Fredericksburg, VA, where Neil Tibert got him hooked on micropaleontology looking at ostracods from Mono Lake, CA. Chris sailed as a biostratigrapher in IODP Exp. 364 Chicxulub Impact Crater and is lead proponent of 917-Pre Florida Straits Throughflow.