Carbon drawdown in Southern Ocean coastal systems is a function of productivity and nutrient  supply,which are regulated by nutrient input from deep water masses, vertical mixing, and springtime 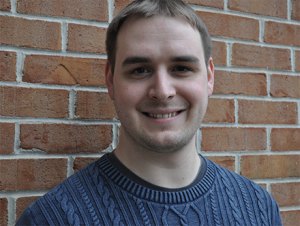 stratification associated with sea ice retreat. Variation in sea surface temperature (SST), the abundance ofstratification-related Chaetoceros resting spores, and a decrease in warm water forms of Eucampia antarctica along the West Antarctic Peninsula (WAP) between 5-7 ka indicate possible water mass and nutrient delivery changes on both millennial and sub-millennial time scales. Here, I propose to examine sub-millennial scale variability of deep water intrusion and surface stratification as related to surface ocean nutrient dynamics by a generating a diatom-bound nitrogen isotope (δ15Ndb) record from the ultrahigh-resolution Southern Ocean ODP Site 1098. These data will be further used to understand potential future nutrient dynamic changes associated with warming of the WAP linked to the disintegration of ice shelves and potentially large fluctuations in ecological zones.

During my undergraduate chemistry degree, I found that the most compelling applications of what I learned were climate, biochemistry, and marine systems. The combination of academic interest and living in an era when climate news has dominated headlines and politics put further study of climate and the oceans squarely in my crosshairs. I currently work with Dr. Rebecca Robinson at the University of Rhode Island’s Graduate School of Oceanography examining how changing ocean conditions over time have shaped the role of biology in controlling climate. My PhD has focused on validation of the diatom-bound nitrogen isotope proxy (δ15Ndb), which can record downcore nutrient dynamics, by examining the relationship between cultured diatoms, sinking particles, and sediment records. The Schlanger Fellowship will allow me to add an additional component to my research – a new mid-Holocene downcore record of δ15Ndb from IODP Site 1090 off the West Antarctic Peninsula that will help address key questions relating deep-water intrusion onto the shelf, productivity cycles, and biologically mediated CO2 drawdown.