Magmatism at rifted margins: The story from drilling in the South China Sea 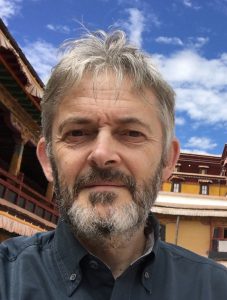 Our understanding of the magmatic response to rifting and continental break-up as recorded at passive continental margins was revolutionized in the 1980s and 1990s through ocean drilling and seismic data, largely from the North Atlantic margins. This led to a broad classification of rifted margins as either ‘magma-rich’, characterized by seaward dipping reflector sequences of stacked basalt lava flows and significant magmatic underplate, or ‘magma-starved’, characterized by hyper-extended continental crust and exhumed serpentinized mantle prior to igneous oceanic crust formation. In this talk, I will summarize results from IODP Expeditions 367/368/368X in 2017 and 2018 that drilled a sequence of basement holes in a transect across the highly extended northern rifted margin of the South China Sea marginal basin. Contrary to expectations, results from the recovered cores revealed rapid initiation of Mid-Ocean Ridge basalt-type magmatism from normal temperature mantle. Thus, the northern South China Sea rifted margin appears to be an ‘intermediate’ case, where there is a relatively sharp transition from thinned continental crust to steady-state seafloor spreading and development of typical thickness oceanic crust.

David Peate is Professor and Chair of the Department of Earth and Environmental Sciences at the University of Iowa. He is an igneous geochemist primarily interested in how basaltic rocks record details of mantle sources and melt generation &amp; differentiation processes in different tectonic environments. He sailed as a petrologist on ODP Leg 163X to the East Greenland rifted margin and IODP Expedition 368 to the South China Sea rifted margin.