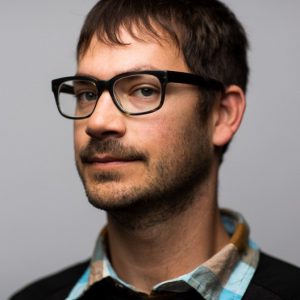 The transfer of material and energy between Earth’s ocean and lithosphere plays an important role in regulating climate and in the geochemical evolution of the ocean, crust, and mantle. The evolution of seawater composition is intimately linked to changes in the magnitude of element sources and sinks through geologic time. The modern chemical fluxes associated with river input and high-temperature hydrothermal circulation are well-constrained in comparison to the diffusive exchange between marine sediments and the ocean. Chemical reactions in marine sediments, however, play an important role in the marine biogeochemical cycles of many elements, as indicated by positive and negative gradients in their concentration in sediment pore water. These gradients are driven by seafloor and subseafloor diagenetic reactions such as microbial oxidation of organic carbon, methanogenesis and methane oxidation, authigenic carbonate and aluminosilicate mineral precipitation, ion exchange, and carbonate dissolution and recrystallization. Detailed studies of these reactions and associated chemical fluxes are often from only a few sites, making it difficult to extrapolate these fluxes globally. There has been a significant momentum over the past decade to constrain the global flux of elements and isotope ratios to/from marine sediments, motivated by the large pore water chemistry dataset acquired through scientific ocean drilling.

The large ocean drilling dataset collected over the past ~50 years covers a wide-variety of environments including abyssal ocean basins, convergent and divergent margins, back-arc basins, and a wide-range of areas with differing sedimentation rates, organic carbon burial, and sediment types. This characteristic diversity of the dataset lends itself well to reactive-transport modeling and modern machine-learning statistical techniques to constrain global element fluxes between the ocean and marine sediments. In this talk, I will present recent results from my research group and the broader marine geochemistry community using the ocean drilling dataset to evaluate diagenetic reactions occurring in continental margin sediments and the role of marine sediments in the oceanic cycles of a range of solutes and isotope ratios including Mg, d26Mg, Ca, alkalinity, and Si. These new estimates provide a solid benchmark for the modern marine sediment source/sink and for exploring how the processes controlling seawater composition change throughout Earth’s history.

Dr. Solomon is a marine geochemist/geologist who studies the transfer of water, solutes, isotope ratios, and carbon between the ocean and lithosphere. Most recently, his research has focused on sediment diagenesis, subduction zone hydrogeology, cold seep dynamics, and the development and deployment of seafloor/subseafloor hydrologic observatories. Dr. Solomon has sailed on six ODP/IODP expeditions, including upcoming IODP Expedition 375 at the Hikurangi subuction zone, offshore New Zealand.