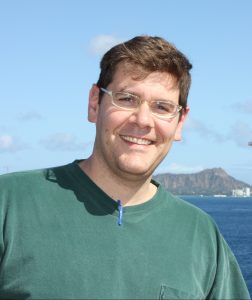 Large ice sheets at both poles may be the namesakes for the present-day climate state—the icehouse—however our understanding of when these massive accumulations of ice first appeared is far from complete. The continental crust beneath the Antarctic and Greenland ice sheets is ancient, and processes of glacial weathering contribute distinct and easily recognizable isotopic fingerprints from these sources to the ocean. Dr. Scher has used radiogenic isotopes in sedimentary record from the Southern Ocean surrounding Antarctica to figure out the timing of major glacial weathering pulses. He will present evidence that precursor glaciations preceded the widespread development of ice-sheets on Antarctica. He will also present new results from the North Atlantic (Expedition 342, Newfoundland drifts) that indicate an episode of glacial weathering on Greenland in the earliest Oligocene. The paradox implied by these results—that there was continental ice in the northern hemisphere when CO2 levels were above the bipolar glaciation threshold—may be resolved in the future with a better understanding of past CO2 levels and paleo-elevation in the Northern Hemisphere.

Howie is an associate professor in the School of the Earth, Ocean, and Environment at the University of South Carolina. He received his Ph.D. in Geological Sciences from the University of Florida and was an IMAS postdoctoral scholar at UC Santa Cruz. Howie participated as a shipboard scientist on two IODP Expeditions (Expeditions 320 and 342).