Development of modern ocean circulation during the Cenozoic 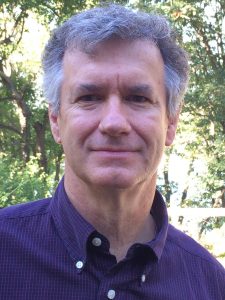 During the Neogene, our planet’s polar regions evolved from being largely ice-free into having bi-polar ice sheets.  As the cryosphere grew in size, compressed temperature gradients invigorated wind and ocean circulation.  Large sediment drifts in the North and South Atlantic show dramatic changes signaling the onset of more vigorous circulation, which is the hallmark of today’s ocean-atmosphere-cryosphere system.  A spectacular array of depositional features can develop within sediment drifts, the largest of which can be imaged seismically.  The sediment drifts deposited under the influence of North Atlantic Deep Water show a rich history of deep current activity during the Neogene.  High-resolution images of the large drifts along the Argentine margin similarly reveal a dynamic record of Southern Ocean derived deep currents during the Cenozoic. It is not surprising that surface ocean currents responded in kind.  Shallow (750m) sediment drifts in the Florida Straits (subtropical western North Atlantic) and Maldives (equatorial Indian Ocean) record a coeval increase current controlled deposition in these tropical locations.

Scientific ocean drilling has targeted several deep-sea sediment drifts, providing chronologies and therefore a means to establish linkages and identify large-scale common forcing. The dramatic changes in drift accumulation in shallow and deep-water regions in these far-flung regions document that our global ocean-atmosphere system is well integrated, showing that its main components developed during the latter part of the Neogene when the polar Antarctic Ice Sheet was established.  I was fortunate to have sailed on ODP Leg 166 (Bahamas) and IODP Expeditions 303 (North Atlantic) and 359 (Maldives) as well as on a recent seismic cruise to the Argentine margin, allowing recognition of connections among their individual drift histories.

Wright is a professor in the Department of Earth and Planetary Sciences at Rutgers University. He received his MS from the University of South Carolina working on Indian Ocean planktonic foraminifera during the Neogene and his PhD from Columbia University where he focused on reconstructing Neogene deep-water circulation patterns. Building on his graduate studies, Jim has continued his interest in Neogene climate and ocean circulation and has sailed on five expeditions aboard the RV JOIDES Resolution