Drilling the monsoon: from mountain building to the fate of civilizations 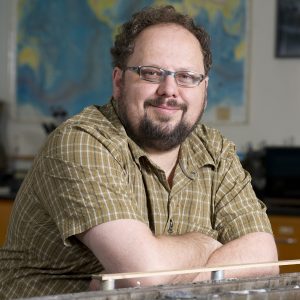 Monsoonal regions in Asia are natural laboratories for studying the interplay between tectonics, climate and the biosphere. At human time scales, monsoon rains are critical to the well-being of billions of people. Scientific drilling has been crucial in uncovering the history of the monsoon. Dr. Giosan will review past milestones in monsoon research: from the potential role of Himalaya-Tibet uplift on establishing the monsoon and proposed feedbacks with mountain building via erosion to the effect of monsoon rain variability on ancient civilizations. The review will address long-running dilemmas and conflicting interpretations such as the potential decoupling of monsoon winds from monsoon rains and the role of Cenozoic global cooling in modulating the monsoon vs. the role of monsoon erosion and weathering in establishing the late Cenozoic “Icehouse.”

Recently the International Ocean Discovery Program drilled in the Indian and Pacific Oceans and objectives of multiple expeditions were designed to solve monsoon quandaries. Using past and novel multiproxy reconstructions, Dr. Giosan will present the concept of a monsoon erosional pump modulated by topography and land cover to reconcile conflicting interpretations, reassess the history of the monsoon, and estimate potential effects on elemental cycles during the Cenozoic. Under this new framework, the monsoon exhibits two distinct flavors that can be largely explained by its heartbeat, or astronomical forcing, mediated by the global glacial state and the paleogeography of South Asia. Finally, Dr. Giosan will discuss how this new understanding of the monsoon helps us explore the past civilizations of Asia with their periods of flourishing or collapse and the lessons that these hold for us in the Anthropocene.

Dr. Giosan is a tenured Associate Scientist at the Woods Hole Oceanographic Institution on Cape Cod, Massachusetts. He has spent more than a year at sea on national and international research expeditions, including four ODP/IODP expeditions, and has been involved in a number of onshore field programs in Romania, Bulgaria, Spain, Pakistan, India, Myanmar, Botswana, Alaska and Arctic Canada.