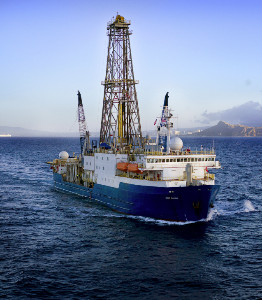 Recent devastating megathrust earthquakes off Sumatra, Chile, and Japan have heightened awareness of the hazard posed by subduction zones and the inevitability of a comparable earthquake along the coast of the Pacific northwest. As the same time, there have been extensive efforts to expand the infrastructure and funding for scientific studies of the Cascadia Subduction Zone. The NSF GeoPRISMS program has identified Cascadia as a Primary Site, and cable observatories are being develop off both the US and Canada. The 2009 ARRA (American Recovery and Reinvestment Act) provided $10M to expand substantially the capabilities of the Pacific Northwest Seismic Network and Pacific Northwest Geodetic Array on land, as well as to support the construction of 60 ocean bottom seismometers that are being used for a 4-year community experiment to understand the seismicity and seismic structure of the Cascadia margin and Juan de Fuca Plates.

In addition, significant active-source seismic imaging and heat flow experiments have been initiated to extend geodetic observations offshore. However, only very recently have efforts been initiated to extend geodetic observations offshore, even though such efforts are critical for understanding the dynamics and hazards potential of the Cascadia megathrust. Recognizing that offshore geodetic studies must be conducted on a decadal timescale to fully resolve many inter seismic deformation processes and that downhole geodetic and hydrogeological observations are some of the most sensitive tools for understanding subduction zone dynamics, [this] planning workshop will explore how ocean drilling can contribute to long-term studies of deformation and hazards in the Cascadia subduction zone, and the set priorities for drilling sites and downhole instrumentation.