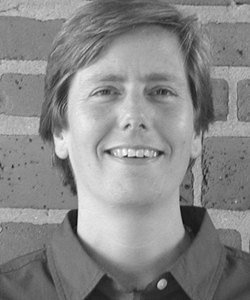 The formation of accretionary prisms along active convergent margins represents the earliest stage of mountain building, and it begins with weak, poorly lithified sediments on the seafloor. Porous marine sediments are squeezed and buried as they enter the prism. Pore fluids escape from the sediment, causing rapid changes in physical properties and strength. Released fluids migrate through the prism to form pockets of high fluid pressure, which localize brittle deformation and faulting. ODP drilling of active prisms, such as at the Nankai Trough in Japan, Cascadia off the northwest U.S. coast, and Barbados, has provided us with a unique window into the early stages of such “soft” sediment deformation: core-scale deformation features and grain scale microfabrics relate the mode of deformation – for example, compaction or brittle faulting; sediment physical properties record the in situ stress and pore pressure conditions in the prism. Combined with an improved understanding of larger scale prism structure, we can begin to reconstruct the deformation history of a prism and the conditions under which it occurred. In this talk, I will explore the unique deformation behavior of sediments during burial and the onset of accretion, and the valuable insight this provides into subsequent growth of accretionary prisms, the structural features that develop, and their influence on the evolution of the prism and the plate boundary decollement fault.