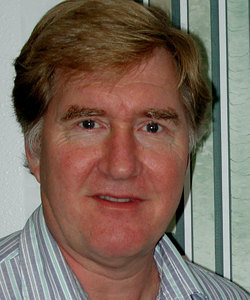 Perturbations of Pacific Ocean circulation strongly affect world climate on multi-annual to decadal scales, as demonstrated by widespread climate dislocations during El Ninos. The Pacific has undoubtedly influenced climate on longer time scales, but exactly how is poorly understood. Scientific drilling provides the means to study the geologic history of Pacific Ocean circulation and its link to the global climate system over the past 150 million years. Sediments deposited during periods of extreme warmth, e.g., the Eocene, with no polar ice caps, document significant differences in circulation compared to the Holocene. Drilling observations are being compared to climate model results to improve our understanding of climate processes. The younger sedimentary record is also being used to better understand the role the Pacific played in changing North American climate. For example, variations in western U.S. water supply should be strongly linked to regional oceanographic changes in the northeastern Pacific. Drilling from the California margin (Leg 167) has already shown that coastal vegetation types shift with climate-induced variability in California current sea surface temperature. We need to further explore, with drilling both in terrestrial and marine environments, the evidence that western U.S. temperature is synchronized with California current sea surface temperatures, and how the North Pacific has steered storms into the U.S.