What Causes Transience in Fluid Flow in Subduction Zones and in Other Oceanic Margin Environments? 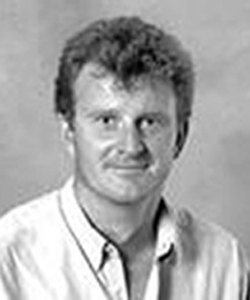 Long-term seabed measurements and Integrated Ocean Drilling Program (IODP) borehole observatory data should help determine the mechanisms that control fluid flow beneath the seafloor. We seek to understand the spatial (environmental) and temporal scales over which such mechanisms operate, and to determine how important they are in driving global subsurface fluxes, biochemical interactions, gas hydrate formation/destruction, and the dynamics, fluxes, and deformation within plate boundaries. Both borehole and seabed hydrogeologic measurements have begun to reveal that fluid flow systems in sub-oceanic environments are neither simple nor steady state in many key hydro-tectonically active continental margin environments. For example, data from multiple long-term measurements of aqueous and chemical flux through the surface regions of seismically active subduction systems (Costa Rica) and regions where gas hydrates are developing (i.e., Hydrate Ridge, off Oregon and the Bush Hill Complex in the Gulf of Mexico) show episodic flow anomalies (large, intermittent accelerations in outflow and inflow rates) that last from a few days to weeks that correlate over multiple instruments and which may be situated anywhere from 100 m to ~30 km from each other. Driving forces for transience include both earthquakes and the dynamics of methane hydrate formation and gas migration.

Dr. Brown has been involved in scientific ocean drilling both as a shipboard scientist (ODP Legs 110, 141, and 146) and as a member of several scientific advisory panels. His future involvement in IODP will include the Nankai seismogenic zone off Japan, and studies of the interaction of fluids with gas hydrates and active deformation in continental margin settings off Cascadia and Costa Rica.