A Cure for Global Warming? A Critical Look at Iron Fertilization’s Role in Climate Change 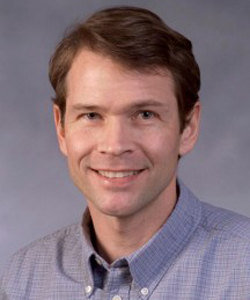 “Give me a tanker of iron, and I’ll give you an Ice Age.” This quote by Dr. John Martin referred to the fact that the equatorial oceans and the Southern Ocean (surrounding Antarctica) harbored more plant life during Ice Ages, a result of enhanced delivery of dust providing the iron necessary for plant growth, which in turn extracted carbon dioxide from the atmosphere and caused global cooling (The “Iron Hypothesis”). Faced with a new era of human-produced global warming, a number of eco-engineering programs are underway to enhance this “natural” process by artificial fertilization. To examine how “natural” this process was in the past, Filippelli has utilized the record of iron and biological productivity stored in deep sea cores recovered from the Southern Ocean, including during a stint as a Shipboard Scientist on ODP Leg 177. Results indicate that the “natural” source of iron to the Southern Ocean was from below via upwelled water and not from seeding of the surface by dust, and the stability and bioavailability of this natural upwelled source may not be matched by eco-engineering solutions.

Dr. Filippelli currently serves as the chair of US. Science Advisory Committee. Filippelli was an ODP Schlanger Fellow, sailed as a sedimentologist on Leg 177, was a shorebased scientist for three other legs, has served on the Science Steering and Evaluation Panel and has served on the U.S. Science Advisory Committee, for which he is currently the Chair.