Getting Inside the Plate Boundary: Subduction Zone Megathrusts in IODP 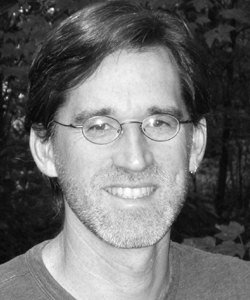 Earthquakes at plate boundaries are of intense societal interest, yet the processes that govern their frequency, size, duration, and effects remain poorly understood. Our understanding of the mechanics and dynamics of plate boundary faulting is limited by a lack of information on properties and ambient conditions within active faults at depth. Subduction plate margins produce the Earth’s greatest magnitude earthquakes and most destructive tsunami. More than a decade of scientific ocean drilling expeditions to four convergent margins has provided some of the only available samples and observations of active plate boundary faults to date. By integration of seismic reflection imaging and borehole data—including geology, physical properties, and geochemistry—from all of these active margins, we have built a more complete and quantitative understanding of the state of stress, pore fluid pressure, and deformational processes in these faults.

The revolutionary next step for IODP will be drilling into and building an observatory in a plate interface thrust at seismogenic depths, using the new IODP vessel Chikyu. The planned Nankai Trough Seismogenic Zone Experiment (NanTroSEIZE) is the most ambitious undertaking in scientific ocean drilling to date. It is designed to investigate processes of earthquake slip propagation and tsunami generation by drilling into and instrumenting the Nankai plate interface at depths of up to 6 kilometers below the sea floor, where it has repeatedly slipped in magnitude 8 subduction earthquakes. NanTroSEIZE will provide opportunities for scores of scientists over many years.

Harold Tobin has been shipboard scientist on 5 ODP expeditions to the Cascadia, Barbados, Costa Rica, and SW Japan (Nankai Trough) convergent margins, and is the Co-Chief Project Scientist for NanTroSEIZE. He was an Ocean Drilling Fellow for Leg 146, a member of the Science Steering and Evaluation Panel, and currently serves on the U.S. Science Advisory Committee.