Discoveries, Hypotheses, and Drilling Surprises: Adventures in Studying the Formation and Evolution of Oceanic Lithosphere 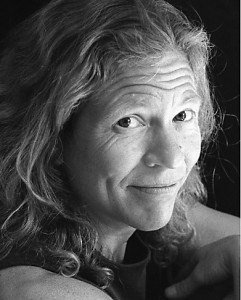 The Atlantis Massif has caught us by surprise more than once, with findings from recent exploration of this rift flank mountain pushing us to rethink ideas on what processes control the formation of young oceanic lithosphere along the Mid-Atlantic Ridge.

First, sonar mapping has shown that a shallow-dipping fault has unroofed a deep section of the plate, creating the massif. Analysis of rock samples and gravity measurements has supported the hypothesis that mantle rocks were exposed at the seafloor. Exotic hydrothermal vents have been discovered; their host rock and thermo-chemical calculations have suggested that the heat produced by alteration of exposed peridotite through reaction with seawater could drive this flow. Seismic profiling has suggested high wave velocities within part of the dome.

When the massif was drilled, however, almost 1.5 km of gabbroic rock was recovered—documenting for the first time igneous and metamorphic details of magmatic intrusions that build the lower oceanic crust. The challenge now is an exciting one—to bring together the new core and logging results with the sometimes-conflicting existing data to produce a more complete model of how Mid-Atlantic Ridge lithosphere is formed.

Dr. Blackman sailed as co-chief scientist on four investigations of the Atlantis Massif over the past ten years, with the most recent being IODP Expeditions 304/305.