Iceberg-Rafted Sediment in the Deep Ocean — An Ice Volume Story or Not? 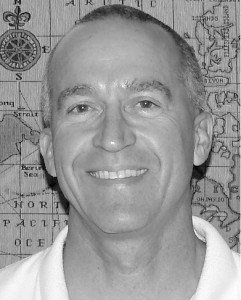 For the past few million years, earth’s climate history has been dominated by the growth and decay of large Northern Hemisphere ice sheets at timescales ranging from tens of thousands to hundreds of thousands of years. Land-derived and biologically-produced materials in long and continuous cores of deep ocean sediment have provided the evidence to define and refine this climate history. Coarse-grained, land-derived material in these sediments is interpreted as iceberg-rafted debris (IRD), which was transported by floating icebergs and deposited as those icebergs melted. IRD provides an especially valuable record of terrestrial paleoenvironments, indicating times when glacial ice extended to sea level.

Early studies of IRD successfully addressed two questions: defining the onset of Northern Hemisphere glaciation, and defining the general characteristics of glacial/interglacial cycles. Based on those results, it has commonly been assumed that more IRD was deposited in the deep ocean during times of larger ice volume (glacials). More recent work, however, has demonstrated that the history of IRD deposition in some areas (e.g., off SE Greenland) does not match ice volume fluctuations. Instead, local and/or regional controls sometimes dominate the IRD input, producing more complicated IRD records. Separating the local/regional effects from hemispheric or global signals will be essential as we try to understand episodes of “millennial climate change”, when climates changed significantly over a few decades to a few centuries.

Dr. Krissek has sailed as a shipboard sedimentologist on seven Deep Sea Drilling Project (DSDP), ODP, and IODP drilling cruises and has participated in the three drilling seasons of the Cape Roberts Project (Ross Sea, Antarctica). He is a panel member of the ANDRILL (ANtarctic DRILLing) Program and will participate in upcoming ANDRILL operations in the McMurdo Sound region.