Estimating the Level and Taking the Temperature of the Tropical Seas Over the Past 25,000 Years 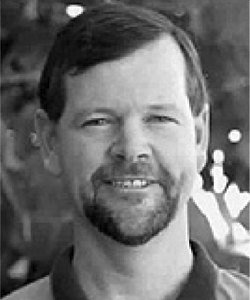 IODP Expedition 310 drilled the submerged reefs of Tahiti in Fall 2005. The elevation, ages and geochemistry of these Tahitian corals provide important insights into the history of changes in global sea level and tropical sea-surface temperatures over the past 25,000 years. The ecological constraints of corals and their relation to water depth facilitates the use of tropical corals as indicators of past sea levels. Tropical corals are also amenable to radiometric dating; thus precise ages can be assigned fossil reef elevations to provide a direct measure of past sea levels and to estimate the rates of past sea-level changes. Coral skeletons are an archive of past changes in sea-surface conditions, which are encoded in the skeleton as geochemical signals. Geochemical determinations in fossil corals permit the reconstruction of mean climate state (temperature/salinity) of the tropical ocean; time series of these variations provide insight into ocean-atmosphere dynamics such as the El Nino-Southern Oscillation.

Dr. Quinn was a shipboard scientist on ODP Legs 134 and 144 and on IODP Expedition 310. He has served in the advisory structure of ODP and most recently served on the Science Planning Committee of IODP.