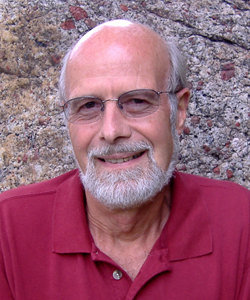 The organic matter buried in the black shales of the mid-Cretaceous is the source of much of the world’s petroleum—but the conditions leading to the deposition of these curious sedimentary units remain a paleoceanographic puzzle. Two classical explanations are invoked to explain their existence—the coastal upwelling “bath-tub ring” model of elevated marine productivity, and the stagnant ocean “Black Sea” model of improved organic matter preservation. Neither notion, however, is very satisfactory. Recent work based on geochemical and microfossil similarities between Pliocene-Quaternary sapropels—oozes composed of algal and bacterial remains that accumulated in anaerobic marine environments—of the Mediterranean Sea and the black shales has led to the development of a feasible third model. The conditions that fostered sapropel deposition are fairly well known, and involve freshening of surface waters of the Mediterranean during periods of wetter climate. Black shale deposition similarly coincided with times of a wetter, greenhouse climate. By analogy, surface dilution of the ocean led to microbially-enhanced organic matter production during deposition of the mid-Cretaceous black shales. The “greenhouse” model suggests that climate-induced surface stratification of the ocean was necessary for the increased marine productivity that created both the sapropels and the black shales and probably many of the world’s petroleum source rocks.