One Rock to Change the World: The Story of the Chicxulub Impact Crater 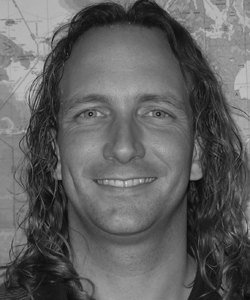 Sixty-five million years ago a meteor traveling with a velocity of about 20 kilometers per second impacted the Earth near the location of today’s Yucatán Peninsula with the energy equivalent to that of 200 million atomic bombs. The collision resulted in devastation on a planet-wide scale, changed the course of evolution, and left behind what is today known as the Chicxulub impact crater. The crater, now buried under a kilometer-thick section of Cenozoic sediments, represents the only preserved large impact structure in the solar system currently accessible to us. Along with an international team of scientists, Dr. Gulick has been investigating this crater with geophysical methods—seismic, gravity, and magnetics—to understand the role of the impacted rock in the final crater structure, to use the final structure to gain insight into impact cratering processes, and to determine the key characteristics of the impact that contributed to the mass extinction event at the end of the Cretaceous. The next stage of investigation is now underway—with the goal of drilling deep into the crater in a joint program with the Integrated Ocean Drilling Program (IODP) and International Continental Scientific Drilling Program (ICDP).