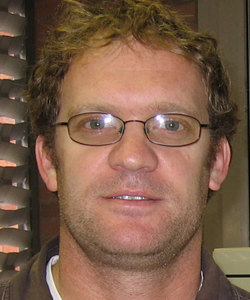 Ocean crust formation is largely controlled by the nature and dynamics of oceanic magmatic systems. In concert with more conventional petrologic studies the examination of silicate melt inclusions – small parcels of melt trapped in igneous phenocryst phases -provides significant insight into the nature of oceanic magma systems. Melt inclusions confer specific advantages as they preserve the composition of magmas prior to crystal fractionation and magma mixing, and can also preserve pre-eruptive volatile abundances. Dr. Kent will address the possibility that variations in inclusion compositions reflect chemical fractionation during inclusion trapping or subsequent re-equilibration with the host mineral and external melt. Recent studies highlight the potential of melt inclusions for studying oceanic magmas. One example involves assessing the role of subduction-related inputs in magma generation in back arc systems. In the northern portion of the Izu-Bonin-Mariana arc melt inclusion analyses reveal that the influence of subduction extends deep (~200 km) into the back arc in a region of diffuse magmatism. Despite the similarities between mid-ocean ridges, where magmatism is related to decompression, and many back arc spreading systems, the high water contents of Izu back arc magmas argue against a significant role for decompression melting – even at large distances from the arc front itself.

Dr. Kent’s research takes him to the ocean floor through the analysis of volcanic rocks collected by submersibles and the Integrated Ocean Drilling Program on Expeditions 304 and 305.