Marine Barite: A Recorder of Ocean Chemistry and Productivity 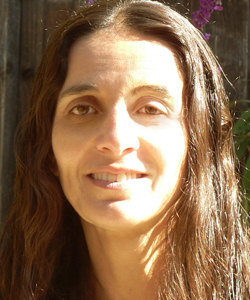 Past climatic, ecological, and environmental changes are recorded in the chemical and isotopic compositions of fossils and marine sediments.  Records of the changes are needed to fill the gaps in knowledge of processes that operate on time scales greater than human observations allow.  Using globally distributed cores collected during the Ocean Drilling Program, Dr. Paytan has established the value of the mineral barite for reconstructing changes in past ocean productivity, seawater chemistry, and isotopic composition on a variety of time scales. Collectively, results from these studies have major implications for understanding past functioning of the Earth system. The barite accumulation rates indicate that biological productivity of the oceans and carbon export via the biological pump can both change rapidly with climatic change; and provide feedback mechanisms that modulate climate. For example, during the mid-Cretaceous, ocean productivity may influence climate by regulating the partitioning of carbon dioxide between the ocean and the atmosphere – i.e., enhanced export production may have provided a negative feedback to high atmospheric CO2 that reduced effects of greenhouse warming.

Dr. Paytan’s research relies on sediments collected by the Deep Sea Drilling Program and the Ocean Drilling Program, with emphasis on those spanning the Cretaceous and Paleocene-Eocene Thermal Maximum.