Fluid and Heat Circulation in the Subseafloor Ocean 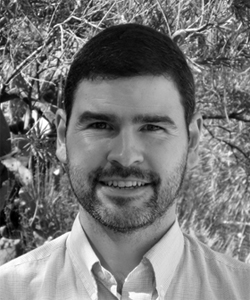 The ocean crust is the largest aquifer on earth, and it hosts vigorous fluid circulation – the entire volume of the world’s oceans cycles through the seafloor in less than 500,000 years.  This fluid circulation plays an important role in redistributing heat within the high permeability ocean crust, and can control the crust’s thermal state by extracting heat.  The thermal state of the crust, in turn, affects diagenetic, metamorphic, and geodynamic processes.  For example, the thermal state of ocean crust is an important control on subduction zone temperatures, which may affect the updip and downdip limits of the megathrust seismogenic zone.  Results from new thermal models that include coupled fluid and heat transport in a subduction zone show that hydrothermal circulation in subducting basaltic basement rocks can greatly suppress temperatures along the subducting slab relative to cases with no fluid transport.  These results are constrained by seafloor heat flux measurements and observations of temperature and fluid pressure in Ocean Drilling Program boreholes.  Fluid circulation in subducting crust may account for previously unexplained thermal anomalies on the Nankai margin of Japan.