Microbes and Volcanoes: A Tale From the Seafloor 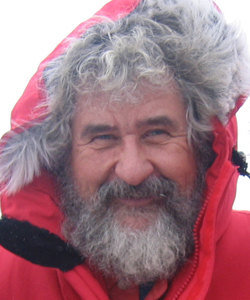 Active volcanoes and the products of their eruptive activity conjure images of desolation and the fiery destruction of life. In reality, however, volcanoes and their eruptions play an important part in the biological renewal on earth.  Much of that renewal is based on the delivery of a wide range of elements or energy sources to soils and the hydrosphere where they are impoverished by biological activity.  This relationship is well known for terrestrial environments, but it is also true for the weathering of deep-sea volcanoes.  Microbes are apparently thriving on volcanic rocks, and specifically volcanic glass, a common product of explosive and subaqueous eruptions.  Microscopic textures in glass suggest that sponge-like cavities and tunnels are drilled into volcanic glass by microbes that remain to be identified by microbial culturing or molecular-based methods.  Such textures have been found in all seafloor drill holes with significant penetration into the volcanic oceanic crust and in ophiolites and greenstone belts back to 3.5 billion years. In particular data from Ocean Drilling Program sites suggest that bioalteration may involve a globally significant biomass and it influences geochemical fluxes from the seafloor. Submarine volcanoes exposed on the ocean floor, in the form of ophiolites and greenstone belts, are now being studied not only as a physical and chemical heat engine but also as a bioreactor.