Intraterrestrial Microbial Life Below the Bottom of the Ocean 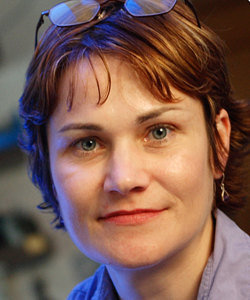 In 1986, scientists sailing in the Pacific Ocean with the Ocean Drilling Program made an astonishing discovery. In sediments collected from 850 meters below the seafloor, they identified that microbes were living and thriving in an environment not previously known to contain life. This discovery has spawned a new field of research on the “deep biosphere” with researchers exploring how life persists and evolves at hostile temperatures and pressures. Dr. Edwards will speak about current research focused on this formerly  unknown world.