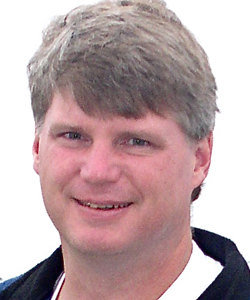 Late Cretaceous sediments in the North Atlantic show a perplexing paradox: inoceramid bivalves deposited within finely lamented black shales. Did these bivalves survive under anaerobic conditions, as the record suggests? Dr. MacLeod will unravel the mystery.

Dr. MacLeod’s research relies on samples from the ocean drilling programs. He has sailed on Ocean Drilling Program Legs 171B, 192, and 207 and has served on the program’s Scientific Measurements Panel and the Curatorial Advisory Board.