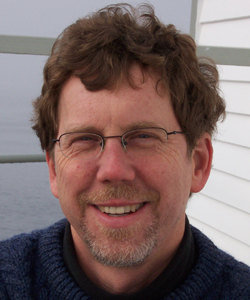 Large carbon dioxide changes have coincided with ice age cycles over the past 800,000 years, and these changes have played a significant role in the Earth’s temperature. But, how did changes in greenhouse gases affect the tropics, the region on Earth most isolated from the direct consequences of the ice ages? And for how long has the CO2-ice age climate feedback been operating? Dr. Herbert will explore how new records from tropical deep-sea sediments shed a light on key questions about the Ice Ages.

Dr. Herbert sailed on ODP Leg 154 to the Ceara Rise as a physical properties specialist and has served on numerous advisory panels for the ocean drilling programs.