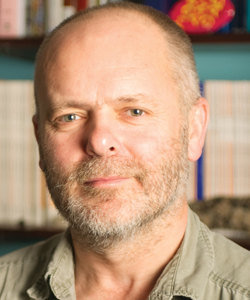 Dr. Neal’s research interests are focused on the origin, evolution, and environmental impact of large igneous provinces. This lecture will examine the various models of LIP formation and will focus on the Ontong Java Plateau (OJP) to test these models and evaluate the environmental impact of forming something the size of western Europe in approximately 3 million years. He will speak about both shipboard experiences as well as field experiences during 3 separate field seasons to the Solomon Islands, where subaerial outcrops of the OJP can be found.

Dr. Neal has sailed on ODP Legs 183, 192, and 197.  He has served as the chair of the Readiness Assessment Team of Scientists, the IODP Scientific Technology Panel, and the U.S. Advisory Committee for Scientific Ocean Drilling, and several other IODP task forces.