Past Climate Changes in Antarctica: Looking Back to Our Future 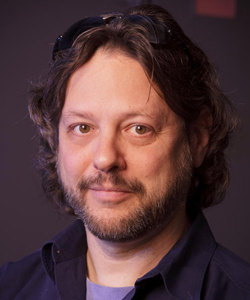 Carbon dioxide levels are predicted to rise during this century to levels not seen in 25 to 45 Ma. During this time, the Earth changed from a generally ice-free “greenhouse world” to a more much colder and heavily glaciated “icehouse world.”  The climate on Antarctica shifted from a continent that supported expansive temperate forests and small ephemeral ice sheets, to the cold polar desert of today.

Recently, the IODP Expedition 318, Wilkes Land Glacial History, recovered sedimentary cores off the coast of Antarctica that were deposited during the greenhouse (54-34 Ma) and icehouse (34-present) worlds. These cores are showing us what an Earth with elevated CO2 world could look like; in essence, they are like “looking back to our future.” This talk will provide an overview of Antarctic climate changes when CO2 levels were similar to what is predicted for this century and also provide some of the early results from the IODP Wilkes Land Glacial History Expedition.

Dr. Pekar has been a shipboard scientist on  ODP Leg 189 and IODP Expedition 318. He has also participated on several expeditions related to the ANDRILL program.