Life in the Subseafloor Ocean 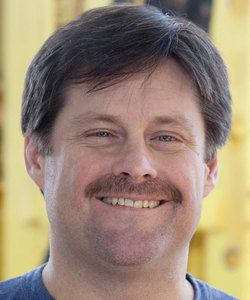 Earth’s subseafloor ocean contains a vast ecosystem. Exploration of that ecosystem by scientific ocean drilling directly addresses several fundamental topics. In this manner, we quantify Earth’s total biomass. We map the distribution of life and the factors that control it. We determine the impact of subsurface life on Earth’s surface, ocean and atmosphere. We discover new organisms. We measure the rates at which they live and die. We chart the border of the organic-fueled world. We examine the possibility of life on other worlds.

Dr. D’Hondt was co-chief scientist of ODP Leg 201 and IODP Expedition 329, the first and second ocean drilling expeditions to focus primarily on life beneath the seafloor.