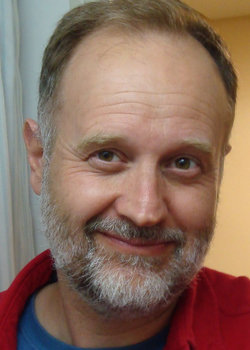 Vast natural deposits of gas hydrate, a solid ice-like compound of water and methane, have been recently discovered in the sediments of the world continental margins.  These deposits accumulate where methane is abundant, pressure is high, and temperature is low. Gas hydrates can dissociate when temperatures rise, releasing large amounts of greenhouse gases to the ocean-atmosphere system, and can amplify a warming trend. Gas hydrate dissociation may have played a key role in past climate perturbations, could be relevant for future climate change, and has the potential to trigger large submarine landslides. Finally, gas hydrates are being actively investigated as a possible energy resource. Scientific ocean drilling has provided crucial information on the distribution of gas hydrates in sediments, and this talk will review past studies and new directions. Future research will concentrate on microbial methanogenesis and gas hydrate formation in the context of the organic carbon cycle in marine sediments. These interdisciplinary studies will integrate data from geophysics, sedimentology, microbiology, and geochemistry in a quantitative model.

Alberto Malinverno sailed as a logging scientist on Expeditions 311, 321, 334, and 344 of the Integrated Ocean Drilling Program.