Sampling the Source of the 2011 Japan Earthquake and Tsunami 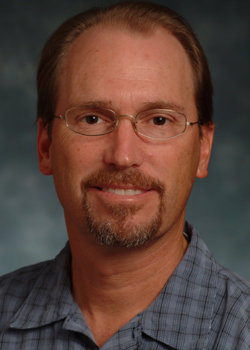 The fault slip during the 2011 Tohoku-oki earthquake, which reached over 50 meters near the Japan Trench, is the largest observed, and it is responsible for the tsunami that devastated the coast of northeast Honshu, Japan. Although the cause of significant seismic slip at shallow depths is not entirely understood, a number of possible contributing factors have been identified. Key questions include how displacement was accommodated near the trench, and whether coseismic weakening of the shallow megathrust had a role in the mechanics of such large displacement. These and other questions were addressed by the Japan Trench Fast Drilling Project, Expedition 343/343T, undertaken by the Integrated Ocean Drilling Program (IODP). Drilling the plate boundary interface was technically challenging because of the 6.9 km water depth and the need to penetrate > 800 m through the prism to reach the subducting plate. Nonetheless, three successful holes were drilled to the target depth for geophysical logging, coring, and placing instruments across the fault to measure the frictional heat produced during the earthquake. I will summarize the scientific motivation for the rapid response expedition, the challenges that were overcome, and the truly unique findings that shed light on the Tohoku-oki event and other tsunamigenic subduction zones worldwide.

Dr. Chester studies the mechanics of earthquake faulting. He served as a structural geologist on IODP Expedition 316 of the Nankai Trough Seismogenic Zone Experiment and as co-chief  scientist on the Japan Trench Fast Drilling Project, IODP Expedition 343/343T.