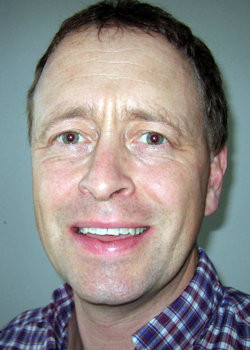 The Asian monsoon represents the most dramatic proposed example of how the solid Earth may cause changes in atmospheric and oceanic circulation and trigger climate change on a regional or even global scale. It has been suggested for several years now that rising of the Tibetan Plateau has caused the monsoon to strengthen around 8 Ma yet modeling also highlights the potential importance of the Himalayan barrier and the retreat of shallow seas from central Asia in shaping regional climate. Theoretical models also suggest that a strong monsoon would drive rapid exhumation in the Himalaya. However, this does not correlate with the 8 Ma climate event because exhumation is known to have started by around 23 Ma, although formation of the Lesser Himalayan duplex is known to have started in the Late Miocene. Are models or observations at fault? It is noteworthy that the best 8 Ma monsoon proxies are driven by wind and upwelling, not rainfall or run-off making their interpretation more complex than was first believed. Recent investigations of cores for seawater salinity and for chemical weathering intensity from the South China Sea now suggest that 8 Ma was a time of regional drying and that monsoon intensification likely happened around the start of the Miocene ~24 Ma. This change is broadly in line with ODP data from the Bay of Bengal and from industrial and DSDP boreholes in the Arabian Sea. In this scenario, rising of the plateau following the start of India-Asia collision at ~50 Ma caused the monsoon to strengthen after it reached a critical threshold at approximately half its present size. The onset of stronger summer rains then caused faster focused erosion along the Himalaya front, allowing the Greater Himalaya to begin their exhumation and shedding large volumes of clastic material into the Indian Ocean, peaking around the time of the Middle Miocene Climatic Optimum at 16 Ma. Plans for future scientific drilling now target the period of initial monsoon intensification, which is poorly defined and seek to demonstrate whether the monsoon operated in a relatively uniform fashion across Asia or whether there are major differences between south, southeast and eastern Asian marginal seas. As the world’s largest mountains for >500 my and the most intensity climatic phenomenon on Earth linked investigations of the Tibetan Plateau and Asian monsoon represent a major goal for scientific ocean drilling through the next phase of IODP operations starting in 2014.

Dr. Clift served as a staff scientist for the Ocean Drilling Program and has served on numerous panels and committees for the ocean drilling programs.