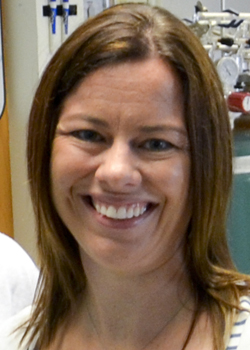 The disintegration of ice shelves, reduced sea-ice and glacier extent, and shifting ecological zones observed around Antarctica highlight the impact of recent atmospheric and oceanic warming on the cryosphere. Observations and models suggest that oceanic and atmospheric temperature variations at Antarctica’s margins affect global cryosphere stability, ocean circulation, sea levels and carbon cycling. In particular, recent climate changes on the Antarctic Peninsula have been dramatic, yet the Holocene climate variability of this region is largely unknown, limiting our ability to evaluate ongoing changes within the context of historical variability and underlying forcing mechanisms.

We conclude that during the Holocene, Southern Ocean temperatures at the western Antarctic Peninsula margin were tied to changes in the position of the Westerlies, which have a critical role in global carbon cycling. The Antarctic margin is paleoceanography’s final frontier. It is where we can best test hypotheses that oceanic and/or atmospheric temperatures at Antarctica’s margins affected past cryosphere stability, global ocean circulation, sea levels and carbon cycling.

Dr. Shevenell uses samples collected by the ocean drilling programs along Antarctic margin in her research and currently serves on the IODP Science Evaluation Panel.