Twenty-Five Thousand Feet Under the Sea: Taking the Temperature of the 2011 Mw9.0 Tohoku-oki Earthquake Fault 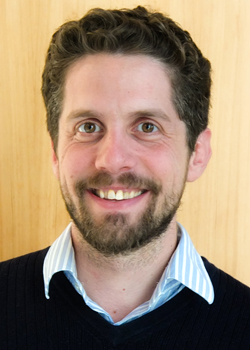 The Japan Trench Fast Drilling Project (JFAST) was organized in response to the 2011 Mw9.0 Tohoku-Oki Earthquake to investigate the fault zone and the conditions that permitted very large slip to the trench. A key objective of the project was to measure the decaying frictional heat signal at depth. The heat signal provides constraints on the frictional resistance on the fault during the earthquake, which is a fundamental unknown in earthquake physics. Challenges to this ambitious endeavor included the rapid response necessary for these time-sensitive measurements and the extreme seafloor water depth of ~6900 m (4.3 miles) plus another 820 m (0.5 miles) to the fault zone. Dr. Fulton will discuss how these challenges were met with the Deep Sea Drilling Vessel Chikyu which successfully installed a borehole temperature observatory across the plate boundary fault 16 months after the Tohoku-oki earthquake where slip was ~50 m near the trench. After 9 months of operation, the complete sensor string was recovered with the remotely-operated-vehicle KaikoII7000. The data reveal a 0.31oC temperature anomaly at the plate boundary fault that corresponds to a very low apparent friction coefficient of 0.08. Together these data, along with fault zone core samples and geophysical logging obtained during the project, are providing new insight into the mechanics of fault zones and large tsunamigenic earthquakes.