Building Mountains In An Icy World: Results From IODP Drilling In The Gulf Of Alaska 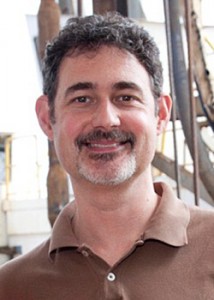 Rugged ice-covered mountains are an omnipresent feature of this planet’s landscape, seemingly fixed in time and unyielding to the elements. Yet over geologic time, the ice and mountains are actually dynamic, responding to changes in tectonics and climate that shape how mountain ranges evolve over time. Dr. Jaeger has spent 20 years documenting how the largest temperate glaciers on earth in southern Alaska have impacted the rapidly growing St. Elias Range, the planet’s highest coastal mountain range. He will present results from a recent scientific ocean drilling expedition to the Gulf of Alaska where an international group of scientists used the marine sedimentary record to recreate the history of this under-explored region spanning the last 10 million years of Earth’s history and reveals how a major change in Earth’s climate one million years ago drastically impacted this developing mountainous territory.

Dr. Jaeger has been involved in IODP Expeditions 317 and 341 to learn how Earth’s landscape evolution can be investigated using marine sediments.