Back To The Future? Insights Into Future Climate Change From Warm Climate Intervals Of The Past 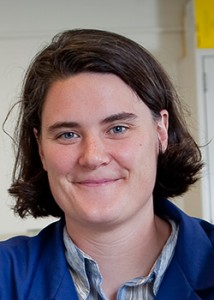 Because the observational record of climate change is short relative to the time scales on which many climate system processes operate, the paleoclimate community explores past climate intervals to gain insight into the behavior of critical climate system processes. Deep Ocean Drilling has provided a rich archive of marine sediments for studying Earth history. A variety of different indicators of past climate recovered from these sediment archives have enable the detailed characterization of climate conditions during both warm and cold intervals in the past. Because of the dramatic changes in Earth’s climate and oceans imposed by anthropogenic emissions of greenhouse gasses, of particular interest are past warm climate intervals, which help elucidate and contextualize potential future climate conditions. The last interval of sustained warmth in Earth’s history was the Pliocene Epoch (~3-5 Ma), during which global mean annual temperatures were 3-4°C warmer than modern and atmospheric concentrations of carbon dioxide were comparable to modern (~400ppm).
Recent synthesis studies, based on records derived from organic biomarkers preserved in ocean sediments on the sea floor, explore the spatial patterns of ocean surface temperature and productivity during past periods of sustained warmth. A Pliocene sea surface temperature reconstruction reveals that the spatial distribution of temperature was markedly different than modern, with significantly reduced (4-6°C) temperature gradients between high and low latitudes and across ocean basins at tropical latitudes. A companion synthesis of marine biological export production reveals a dramatic shift in marine productivity at the end of the Pliocene, with marked productivity declines in high latitude regions and marked productivity increases in mid to low latitude regions. These syntheses speak to fundamentally different patterns of ocean surface conditions during the Pliocene warm period and highlight the possibility that increases in global average temperatures in the future may result in major shifts in the patterns of both ocean and climate conditions.

Dr. Lawrence is a paleoceanographer/paleoclimatologist who uses sediments from deep sea cores to study past intervals of sustained warmth, the history of glaciation in the Northern Hemisphere, and the effect of Milankovtich cycles on late Cenozoic climate.