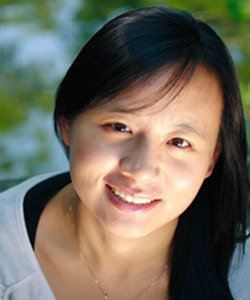 There remains considerable uncertainty regarding changes in the ocean’s fixed nitrogen budget and nitrate inventory over glacial cycles.  Records from modern denitrification zones show clear isotopic changes indicating reduced water column denitrification during the Last Glacial Maximum (LGM) [Altabet et al., 1995; Ganeshram et al., 1995, 2000].  However, changes in the global mean ocean nitrate δ15N, which represents a critical constraint on the full N budget (including N2 fixation and denitrification in both the water column and the sediments), are poorly understood.  For example, sedimentary nitrogen isotope records from the South China Sea suggest no glacial/interglacial change in mean ocean δ15N [Kienast, 2000], while records form the North Atlantic suggest a δ15N that is ~2-3 per mil lower during the LGM than the late Holocene [Altabet, 2005].  These two scenarios have very different implications for the size of the nitrate inventory during ice ages.  More observations from throughout the global open ocean would greatly improve our understanding of changes in mean ocean nitrate δ15N as well as isotopic gradients over glacial cycles.  However, sedimentary nitrogen, the commonly used recorder of marine nitrogen variations, is variably affected by diagenesis in open ocean settings [Altabet and Francois, 1994].  Using a new method described below, I propose to measure the δ15N of foraminifera bound nitrogen at ODP Site 999 in the Caribbean over the glacial cycles of the mid- and late Pleistocene.

I grew up in TsingTao, China, a city famous for the ocean surrounding it, as well as its beer. Watching the ocean and fancying the stories happening in it from childhood, I never thought about becoming an oceanographer until my senior year in Peking University, while I was working on a paleoclimate project utilizing carbon isotopes of plant fossils. The project triggered my interests in researches at the interface of climate change, ocean, and biogeochemistry. Currently I am entering my fourth year as a PhD student in the Department of Geoscienses at Princeton University working with Professor Daniel Sigman. My principle interest is to explore the variations in marine nitrogen cycles using nitrogen isotopes and understand the linkage between nitrogen cycles and climate changes. The project funded by the Schlanger Ocean Drilling Fellowship Program will focus on generating reliable marine sediment records of glacial/interglacial nitrogen isotope variations.