Fundamental Modeling of the Initiation and Propagation of Submarine Sediment Failure 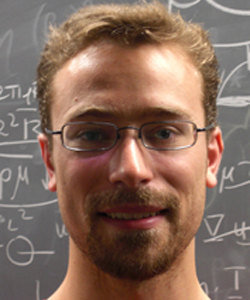 Mechanisms in the landslide process are little understood in both the subareial and submarine context: what determines whether a slope will accelerate or stabilize once failure is initiated, and what is the process that allows the overlying sediments to sometimes fluidize into a debris flow? I propose a physics-based investigation into the phenomena of landslide initiation and behavior during initial stages of failure by adapting techniques used in earthquake rupture studies.  I then propose to begin to investigate a submarine landslide initiation mechanism suggested by results of IODP/ODP expeditions: fluid seeps from overpressurized sediments.

I completed my undergraduate degree in civil engineering at Tufts University where I was able to explore intersecting interests in geology, applied mechanics, and math. Deciding to continue that exploration directly from undergraduate to the PhD program at the Harvard School of Engineering and Applied Sciences, I am currently finishing my third year. With my advisor, Dr. James R. Rice, and fellow PhD student Elizabeth Templeton, I have begun to examine how does the presence of pore fluids affect the deformation of rock around a fault at the time of a rupture event. Going closer to the surface, I am interested in the initiation of landslides and I have been particularly interested in those within the submarine environment, which have occurred on slopes of just a few degrees.