Investigation of the Global Hydrological Cycle During Greenhouse-Gas Induced Warming 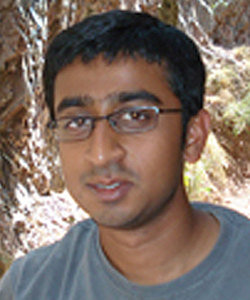 While much attention has been focused on how rising CO2 will influence ice volume, and the ecosystem, other important effects of global warming, such as perturbations of the water cycle, are far from understood.  Developing methods and records specific to hydrological parameters in the geologic record are critical components in understanding the potential of climate change and the behavior of water as Earth warms.  In this regard, some of the best known examples of rapid, CO2-induced global warming in the geologic record are represented by the hyperthermals of the early Eocene.  These climatic intervals are considered analogous to our modern predicament, and thus provide the potential to explore the relationship between rapid global warming and its effect on evolution of regional and global hydrological cycles.

The hyperthermals, including the Paleocene-Eocene thermal maximum, and Eocene thermal maximums 2 and 3, will be studied by developing highly resolved biomarker and isotope records of specific lipids derived from terrestrial and marine sources from a variety of IODP/ODP sites. Analysis of hydrogen isotopic compositions of terrestrial biomarkers — a signal related to the character of regional precipitation — will be used to reconstruct hydrological characteristics during each event.  We hypothesize a more intense hydrological cycle, with reduced precipitation in the mid-latitudes and increased precipitation across the higher latitudes.

After majoring in Computer Science in India, I felt that my skills would be better applied towards understanding the various chemical processes of the Earth. To this end, I earned an M.S. in Atmospheric Sciences at North Carolina State University where I was involved in modeling the dry deposition of ammonia in hog farms. The time spent there made me realize that I was more interested in studying large-scale processes over longer periods of time. Enter geology and geochemistry! My current research involves applying organic geochemical proxies in order to understand changes in the Earth systems, specifically changes in the global hydrological cycle during the Eocene hyperthermals. I am entering my second year as a PhD student in the Department of Geology and Geophysics at Yale University working with Dr. Mark Pagani. While not working, I enjoy watching and playing sports and reading, among other things.