Investigating ENSO Variability Over the Past 5 Million Years 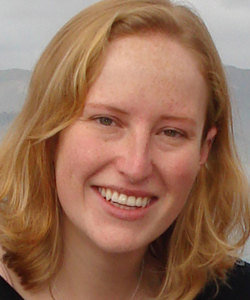 I was born and raised in California’s Central Valley and earned a B.S. in Geology from the University of California, Davis.  While working in the paleoceanography lab, I was fascinated by organisms the size of sand grains that were used to reconstruct climate. Their journey as a climate indicator starts from life at the sea surface, deposition at the ocean bottom upon death, and finally recovery on scientific drilling missions. After Davis, I attended San Diego State University for a M.S. with Dr. Stephen Schellenberg and worked on developing a temperature proxy for the common intertidal mussel. Afterward, I headed to University of California, Santa Cruz to work with Dr. Christina Ravelo for my PhD.  Currently, I use those small organisms to reconstruct climate from the Equatorial Pacific. When I’m not doing science I enjoy swimming, cooking, and singing along loudly with the car radio.