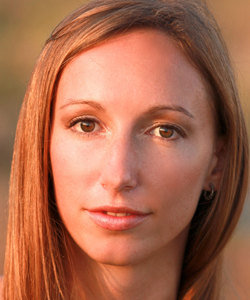 The connection between the timing of the decay of various Northern Hemisphere ice sheets and orbital variation is a highly controversial topic in paleoclimate research. My proposed research will contribute the first high-resolution dataset from the far North Atlantic to determine if an early response of circum-Arctic ice to insolation changes exists and if it is a persistent feature throughout multiple glacial terminations (T.). Using high-accumulation cores from Fram Strait (ODP Site 986) and the East Greenland margin (Site 919), I will generate foraminiferal isotopic, elemental, and ice-rafted debris (IRD) paleoproxy data to isolate meltwater and iceberg discharge signals from the circum-Arctic ice sheets. These will be compared to insolation and global ice volume during T.I (Marine Isotope Stage (MIS) 2/1), T.II (MIS 6/5) and T.V (MIS 12/11) in order to evaluate the sensitivity of the circum-Arctic ice sheets to initial increases of solar forcing. A system so sensitive to even small solar fluctuations has serious implications for the future climate under anticipated strong anthropogenic forcing.

I am from Ocean Shores, Washington. In 2007, I earned a B.S. in Biological Oceanography from the University of Washington, where I worked as a research assistant investigating domoic acid production in the pennate diatom, Pseudo-nitzschia, under Dr. Virginia Armbrust. I also completed a senior research cruise and thesis on the distribution of phytoplankton around the Galapagos Archipelago. To help support this great education, I participated in the Naval Reserve Officer Training Corps scholarship program. After graduation, I was commissioned as an Officer in the U.S. Navy and served onboard the USS Doyle and USS Taylor in Mayport, FL. Once I completed my commitment to the Navy, I decided to return to my passion in oceanography and came to the University of South Florida to study paleoceanography with Dr. Benjamin Flower. I am now beginning my second year of Ph.D. research using deep-sea sediment cores to reconstruct past Arctic and North Atlantic glacial variability.