Determining the Frictional Temperature Rise During the 2011 Tohoku Earthquake 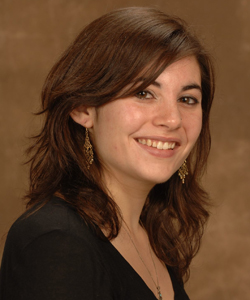 The 2011 Tohoku earthquake has generated much debate in the scientific community. This earthquake was larger than predicted for the region and propagated to anomalously shallow depths. The frictional characteristics of material in the accretionary wedge are typically velocity-strengthening and inhibit the propagation of seismic slip. Through determination of heat generated by the fault during the earthquake, constraints can be placed upon the mechanisms controlling shallow slip. Samples from cores gathered during Expedition 343 JFAST will be tested using a new biomarker method for determining maximum temperature experienced by a rock. These results will be calibrated with experimentally heated samples to establish the kinetics of the biomarker thermal destruction at the timescales relevant to earthquakes.

Though I grew up in Albuquerque, New Mexico, my interest in Earth science began during my undergraduate studies at Washington University in St. Louis.  At Washington University, I pursued a research project with Dr. Phil Skemer.  This research into reactivation of pseudotachylites in fault zones marked the beginning of my fascination with seismic processes and the beginning of my interest in rock mechanics.  Currently, I am at the Lamont-Doherty Earth Observatory of Columbia University, pursuing a Ph.D. with Dr. Heather Savage and Dr. Ben Holtzman.  I am experimentally developing kinetic parameters of the destruction of organic molecules (alkenones) due to rapid heating and applying them to samples from the décollement that slipped during the Mw 9.0 2011 Tohoku earthquake.  This will allow me to estimate the temperature reached on the fault due to frictional heating during seismic slip.  When not in the rock mechanics lab, I enjoy hiking and baking for my friends and family.