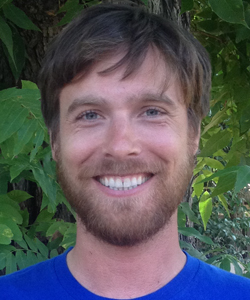 The Baltic Sea is currently characterized by hypoxia aggravated by human activities, but periods of natural oxygen depletion occurred throughout the Holocene. Using cores from IODP Expedition 347, the proposed work will be the first to reconstruct the spatial extent and degree of oxygen depletion during the Holocene, allowing comparisons between natural and anthropogenic variations. Importantly, the Baltic Sea is an ideal end-member for intermittent hypoxia—the most common form observed in the modern ocean. A broader impact of this work will be the calibration of molybdenum geochemistry as a proxy for oscillating redox, a current gap in the literature, aiding evaluation of prehistoric variation in oxygen conditions at other locations.

My initial interest in geochemistry grew from a prevalent water quality problem called acid mine drainage, which is sourced from derelict coal mining sites in my home community in Indiana. Acid mine drainage occurs when overburden sediments such as black shales, originally deposited in oxygen-free marine environments, are brought to the surface during mining and oxidized, creating acidic conditions and releasing toxic metals. Working with the Indiana Geological Survey and Indiana University, I was fortunate to have the opportunity to research an abandoned mine site with plans for reclamation within the area where I grew up. Now at the University of California, Riverside, my research interests have expanded to understanding the original marine environments defined by black shales, using mineralogy and metal abundances as a record of oxygen availability during deposition. Through IODP, I again have the chance to characterize a culturally significant location, the hypoxic Baltic Sea, while pursuing my research interests.