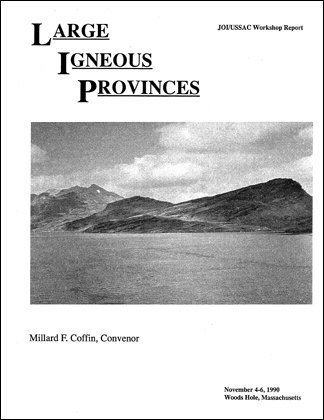 Exciting new research has been undertaken on Large Igneous Provinces (LIPs).  Volcanic passive margins and ocean plateaus have been the foci of the Ocean Drilling Program, and continental flood basalt (CFB) provinces have been targets of major geological investigations, especially the Deccan Traps in relation to K-T boundary controversies. Plume and hotspot models have been recently advanced to account for both oceanic and continental LIPs. A prime impetus for convening this workshop was the realization that scientists working on volcanic margins, oceanic platueas, and CFB provinces had very little interaction with one another. This workshop was viewed as a means of resolving that problem, and in particular to direct scientists’ attention to developing scientific drilling initiatives on oceanic LIPs.