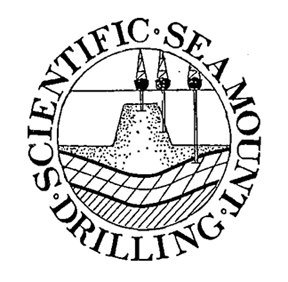 Submerged oceanic volcanoes or seamounts are the most numerous volcanoes on earth. Interest in their origin, evolution and tectonic significance has accelerated in the last decade because seasmounts are linked directly to many important scientific questions of interest to the geoscience community. The purpose of this workshop was to discuss the outstanding scientific questions concerning the study of seamounts. More specifically, an attempt was made to identify those questions which require scientific drilling in the framework of the Ocean Drilling Program.

Participants at the workshop agreed on two top priorities for drilling: (1) insular or seamount sediment-filled moats, swells and flanks and (2) anatomy of seamount.  Such a program could be carried out on or near young, small seamount; an old, small seamount with pelagic or reef cap; an active hotspot seamount; an older, large hotspot seamount; an active ridge crest seamount.  In addition, the workshop identified several other problems that could be fruitfully approached with drilling.  These include mid-ocean ridge seamounts, magmatism in plate interiors, and hotspot volcanoes and chains.