Tectonics, Circulation, and Climate in the Caribbean Gateway 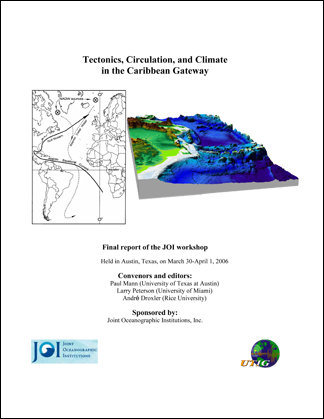 The workshop was held to review and discuss strategies for understanding the interplay between paleoceanography and tectonics in the Caribbean region and how detailed studies of these interactions might have regional and global implications extending far beyond this particular region. Except for DSDP Leg 15 in 1973 and ODP Leg 165 in 1996, the Caribbean remains one of the least sampled regions of the world in terms of deep sea scientific drilling. Yet the Caribbean’s role as a gateway whose progressive evolution and closure has contributed to the development of the large-scale overturning circulation of the modern ocean is undeniable. The interplay between climate and tectonics in this region makes for a host of compelling scientific questions that can be addressed only through scientific drilling.

Following a series of review talks, the group of 44 US and international participants divided into five thematic groups with common interests and objectives: