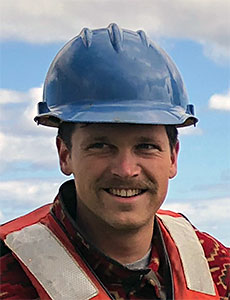 The Ontong Java Nui Plateau (equatorial western Pacific Ocean) is the largest volcanic feature (>1% surface area) on earth, yet fundamental questions remain about the timing of its formation. Published age determinations span 30+ m.y. and are of variable quality and precision. A recent pilot study of high-resolution 40Ar/39Ar dating experiments revealed major flaws in previous age determinations, with consequences for geodynamic processes, plate tectonic history of the Pacific basin, and the proposed link to Ocean Anoxic Event 1a. I propose to comprehensively re-date DSDP-ODP drill sites on the plateau to better characterize the emplacement age and eruptive tempo for this volcanic feature. Novel sample preparation techniques combined with the increased sensitivity of modern instruments will resolve detail previously obscured in samples dated just ten years ago. I will create a robust geochronology data set to inform oceanic plateau formation processes, plate tectonic reconstructions, and to test the proposed causal link of LIP emplacement to OAE1a.

My interest in geology started at a young age during road trips with my family to California from my hometown of Northfield, MN. My father, a geology professor at Carleton College, would always point out features along the many roadcuts in the American West. This influence led me to an undergraduate degree in geology at the University of Puget Sound that I completed in 2016. Now at Oregon State University, working in the Argon Lab with Anthony Koppers, my research interests involve the timescales of oceanic plateau emplacement and trying to connect their formation to broader, global scale tectonic processes. I am currently working on projects related to Ontong Java Nui in the Western Pacific and the Rio Grande Rise in the South Atlantic, and will be participating in IODP Expedition 392 to the Agulhas Plateau off the coast of South Africa in early 2022. My Schlanger Fellowship will be used to update a critically important geochronology data set for the Ontong Java Plateau that has far reaching implications for global oceanic processes and is overdue for the broader community.